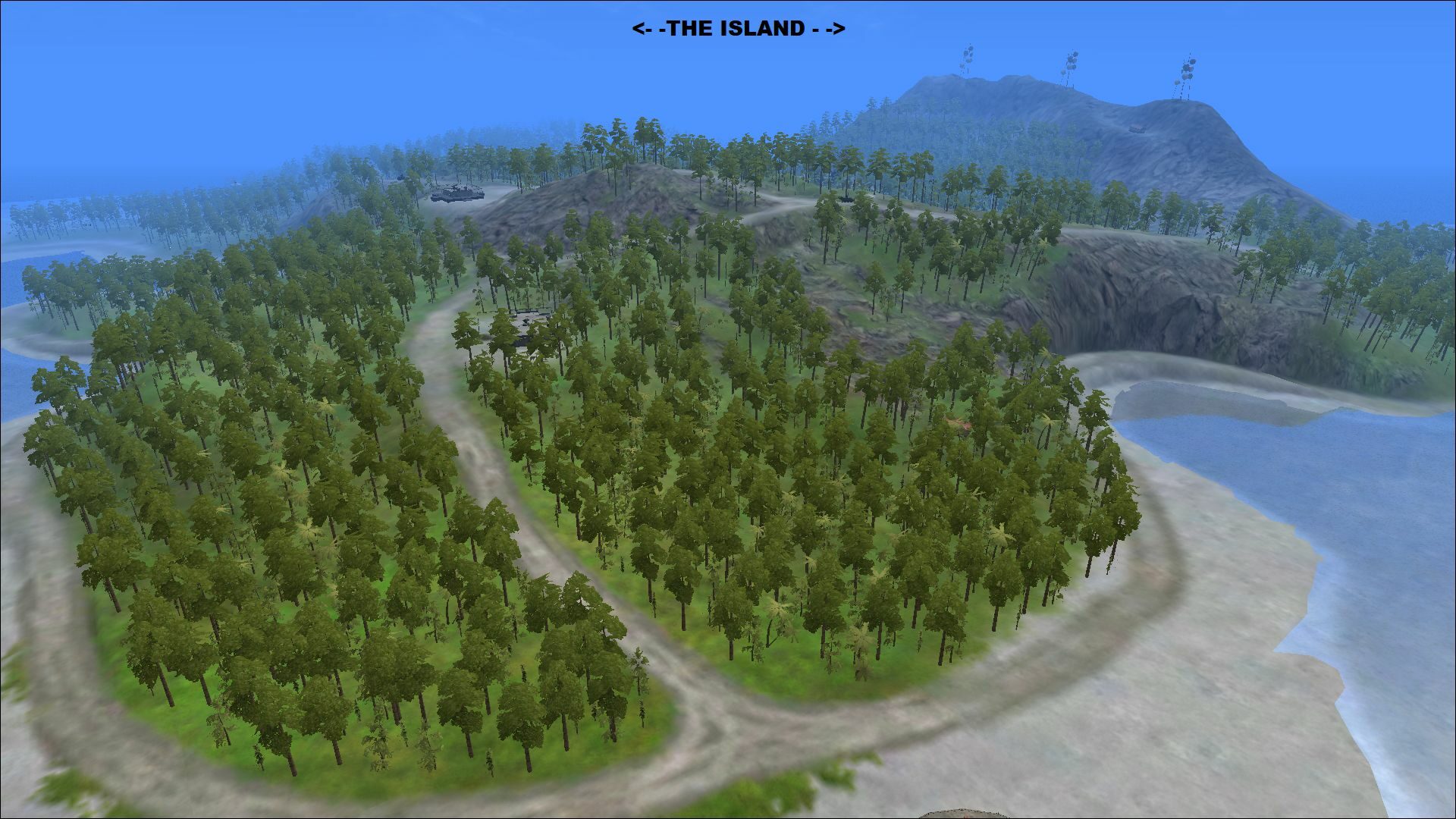 Recent developments indicate the island is heavily fortified. The only way to the island is either by air or boat. Intel will send a mobile strike force to execute a nighttime insertion. A drone was sent to take pictures of the layout of the island, and found several key positions involving their venerability in the Communications system and air-defense locations. The photos show Venerability near the Communication towers, Intel has provided a picture below indicating a power generator housing building location just below those towers north east of mountain! Study all the pictures provided below, it will give you clues indicating how to best approach the situation. The pictures are layout in the order that the weapon crates appear on spin – map!

Your Team will be air lifted by two Halos’ off USS John F. Kennedy Carrier. Jester and Hawk are joint ops pilots of F-22 Raptor Jets; they will recon the island before Alpha, Bravo teams start mission. The insertion begins at 19:00 hours. The distance is about nautical mile from the Mediterranean Sea near “Syria” to the island. The task force will head South East! Alpha team will make their insertion as close to target-1 as possible. Bravo’s team will make their insertion to target-2. Unfortunately some weapon supplies might not be available as logistics might make it unavailable. The crews on Alpha and Brave halos will circle over the island keeping the enemy at bay, while your teams can complete your mission. Just remember once your teams leave the carrier without taken the psp, there’s no way to get back on board! If your team members need medical attention get near the Emergency Rescue Personnel on the Blackhawk. The Medic team flies to the four corners of the island were there’s a helipad. Blackhawk insertion point is at helipads. They will wait around for about a minute and flies off to the next helipad. The crew of the Blackhawk is on a neutral team! Med packs are inside the power generator housing bldg. Total of six throughout the island!