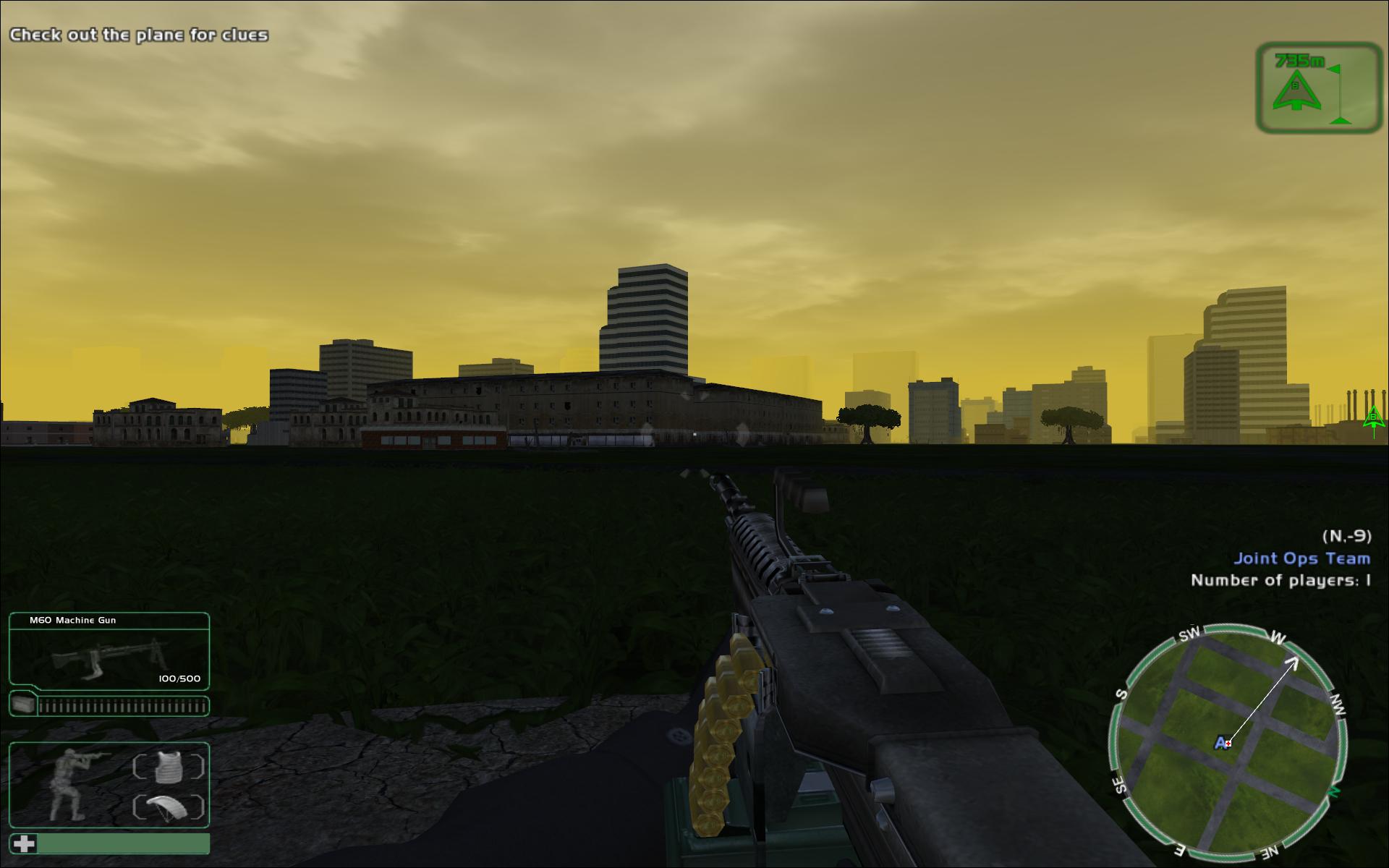 This was a map I made for the AW1 mod that was never released because AW2 came out just as I finished making it. Church_Lady did an awesome job converting it to AW2 and between us we got it right to play with AW2.

The US President’s plane has been shot down over an un-named city that has been partly destroyed by a nuclear blast, turning the inhabitants into mutants. You have drawn the short straw and must go in to rescue the POTUS and The First Lady, along with some of his staff. Radiation interferes with our GPS tracker so you will need to get close to them for them to show up on your radar. Once you find a survivor, lead them outside to a nearby vehicle and they will make their way back to to the plane.

Follow the PSPs in order and pay attention to mission updates. Enjoy!